With twelve lessons and four in-class practice exams, learn face-to-face with one of the best LSAT instructors in the world with complete access to our best-in-class online resources.
Share on
Skip to the end of the images gallery 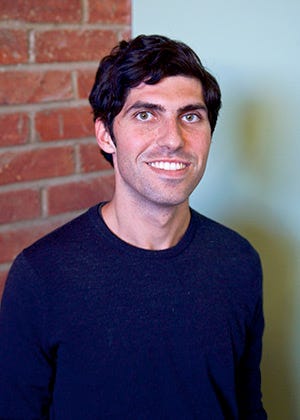 Ross spent his formative years in San Diego, where he picked up a skateboard and has been annoying pedestrians, dogs, and security guards ever since.

While earning his degree in English and Political Science at UCLA, Ross wrote pretentiously overwrought album reviews for the Daily Bruin. One in particular inspired his then-girlfriend to say, "That was the least fun thing I've ever read." Finding that a career in music journalism was not in the cards, Ross signed up with Blueprint, which helped him earn a 170 on the September 2009 LSAT. Ross matriculated to the USC Gould School of Law in 2010 where he spent time working on the campus' Post-Conviction Justice Project and apologizing to his Bruin friends for setting foot on the Trojan campus.

With eleven years of teaching experience under his belt, Ross strives to create a convivial environment in his Blueprint classes so that students can feel comfortable during what is often a stressful time in their lives. Ross also knows a little about picking yourself up after falling down (conservative estimates indicate that Ross has failed over 2,810,543 skateboard trick attempts), so he knows how important it is to provide support for his students as they learn the skills that will get them a great LSAT score.

Ross will tell you his favorite movies are La Dolce Vita, Bicycle Thieves, and Breathless, but we know Purple Rain and Clueless actually top the list.