The LSAT used to be offered only four times a year. However, in 2019, the LSAT was administered nine times; that’s almost once a month! What does this mean for you? Well, more LSAT dates mean more opportunities to take the LSAT exam and more time to study. Previously, there were only four LSATs you could choose to take in a given year. Some of us arranged our entire schedules around those tests. Now, however, you can choose the date that suits your busy life without feeling pressured to squeeze in LSAT prep. You should also be picky with where you take the LSAT; we’ve broken down common LSAT test centers in this handy guide to make sure you’re not stuck taking the LSAT next to a practicing orchestra.

See below for upcoming LSAT dates:

What is the LSAT?

LSAT stands for Law School Admission Test, and it’s administered by the Law School Admission Council (LSAC). Basically, it’s a test of logic and argumentation (more on this below). This sets the LSAT apart from other pre-graduate level standardized tests like the GRE or the GMAT, which mirror the SAT and ACT that you are likely familiar with; those exams test reading, writing, and arithmetic.

How much does the LSAT cost?

The current LSAT registration fee is $200. However, there are additional fees to keep in mind if you’re applying to law school:

How do you register for the LSAT?

You can register for the LSAT on the Law School Admissions Council’s website before the test’s deadline. To register, you’ll need to create an LSAC account, choose your preferred test center, and pay the registration fee.

Can you change your LSAT Date or LSAT Test Center?

Yes! Things happen and sometimes you need to reschedule your LSAT or take it at a different test center. Rescheduling your LSAT or changing your test center costs $125, and you must do so through your LSAC account by the posted deadline (which is usually about four weeks before the exam date).

Who needs to take the LSAT?

Who can take the LSAT?

You can take the LSAT as early as your freshman year of college. However, LSAT test scores are only valid for five years. If you’re planning on applying to law school after college, you might be better off waiting until your junior or senior year.

What’s on the LSAT?

The exam is composed of six 35-minute sections, only four of which actually factor into the score that law schools receive:

1 Section of Reading Comprehension: Reading comprehension accounts for a little more than a quarter of the scored questions on the exam. There are four passages, each featuring between five and eight associated multiple-choice questions, which, like Logical Reasoning, also have five answer choices. Since 2007, one of the passages is split into two shorter passages that relate to one another.

1 Section of Logic Games: Logic Games accounts for a little less than a quarter of the scored questions on the exam. There are four games, each featuring between five and seven associated multiple-choice questions. Each game outlines a situation and gives rules governing that situation, and you must make deductions about the situation using the rules. You might be asked to determine the order that runners finish a race or the kennels in which various dogs must be kept. Many students find logic games to be the toughest part of the LSAT, so here are some free logic games examples.

1 Unscored Experimental Section: During the exam, you will get one extra Logical Reasoning, Reading Comprehension, or Logic Games section that won’t be scored. This “Experimental” section allows the makers of the LSAT to test out questions they plan to use on future exams. You will not know which section is the experimental while you’re taking the exam.

How is the LSAT scored?

When people talk about their LSAT “score,” they’re usually talking about their scaled score, which is a number between 120 and 180. However, when you take the LSAT, you actually receive three scores:

Raw Score: This is simply the number of questions you get right. Every question is worth exactly one point in your raw score, and there’s no guessing penalty.

You may also sometimes hear people talk about the “curve” of a given LSAT. This is a more informal way to discuss how the LSAT is scored. When people talk about the “curve,” they’re usually referring to the number of questions you can get wrong and still earn a 170 (since that’s a round, aspirational score to discuss). On some exams, you can get as many as 14 or 15 questions wrong and still get a 170 (these tests would be said to have a “-14” or “-15” curve). On some tests, you’ll need to get as few as 8 or 9 questions wrong to earn that same score (these tests would have a “-8” or “-9” curve). Most exams have a “-10,” “-11,” or “-12” curve. While every LSAT will include some very difficult questions, exams with  “-14” or “-15” curves will have feature many abnormally difficult questions, and an exam with a “-8” or “-9” curve will feature fewer difficult questions, or the difficult questions will be less demanding than usual. You won’t know what the curve of your LSAT will be ahead of time, but all LSATs work out to become more or less equally difficult.

How Do I Prepare for the LSAT?

Some people can wake up one morning and decide to take the LSAT without preparing for it (if they registered, of course). However, most of us will need some amount of studying and test preparation. Since we all retain information differently, LSAT prep is not one-size-fits-all. The method that works for you will likely depend on your schedule, goals, learning preference, and location. There are a few common ways LSAT courses are offered:

How long should I prep for the LSAT?

You’ll want to devote between two and four months to prep for the LSAT. Blueprint’s Classroom and Live Online courses run for about three months, but students can choose to access the Online Anytime course before and after the class ends for additional practice. People retaking the LSAT might be able to get away with less prep time, as long as they understand what their strengths and weaknesses are—working with a private tutor is great for that!

When should I take the LSAT? How do I choose an LSAT Date?

The short answer: take the LSAT when you’re ready, but “ready” can be subjective. We advise students to sign up for an LSAT date that will give them enough time to prep without feeling like they’re taking too much on or ignoring other responsibilities.

You need to also think about when you’re applying to law school and when applications are due. If you are planning to apply to law school in the same year that you’re taking the LSAT, you should try to take an LSAT administered earlier in the year, if possible. Since most law schools begin accepting applicants as soon as September, it’s better to apply early in the application cycle (September or October) rather than later (January or February of the following year). You will need a reportable LSAT score, so it’s better to take the LSAT earlier in the year, provided you have enough time to study with LSAT prep courses to get your score back in time.

How many times can I take the LSAT?

It’s not uncommon to take the LSAT more than once to earn a competitive score. Just remember there are rules for how many times you can take the LSAT

What is a “Passing” LSAT Score?

Good news: you can’t fail the LSAT. 120 is the lowest score you can receive, but it doesn’t mean you failed the exam. The LSAT score you need is the score that will help you get into the law school of your choice—and that varies by school. Law schools take a holistic look at you as an applicant, and will take into account your LSAT score, undergraduate GPA, and overall application. Fortunately, you can at least estimate your chances of admission using Blueprint’s Law School Compass. Play with the numbers to see what LSAT score you would need to increase the likelihood of getting accepted to different schools.

What is the Credential Assembly Service?

The Credential Assembly Service (CAS) is the reporting method that LSAC uses to send your information and LSAT scores to law schools. This is similar to the Common Application you likely used to apply to your undergrad school. After you send your transcripts to LSAC and have your recommenders send their letters to LSAC, the CAS will summarize your grades, compile your letters of recommendation, and send everything required in one big report to each law school you apply to. Nearly all ABA-approved law schools require you to apply using the CAS. There is a cost to use the CAS ($195), plus a cost for sending a report to each law school that you apply to ($45). LSAC allows you to purchase bundled packages that include the LSAT, the CAS, and law school reports to help reduce your costs.

How/Where do I start?

If you’re sure you want to take the LSAT, this is a great place to start! First, decide when you want to take the LSAT based on your schedule and when you plan on applying to law school. Then, check the LSAC site to see if registration is open for the test you’ve picked. Once you’ve registered for your LSAT date, it’s time to choose your prep. If you’re not sure which LSAT prep is right for you, you can schedule a free, no-obligation consultation with our LSAT Advisors to help walk you through your options. If you want a taste of the LSAT, sign-up for our free LSAT Practice Bundle to take a diagnostic exam and start using the Blueprint Law School Compass. 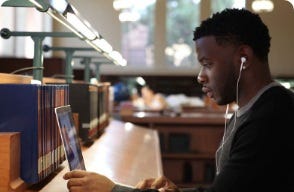 Powerful LSAT prep any time of day, wherever you might be. 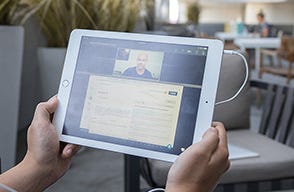 Enjoy the accountability of a class schedule, from anywhere in the world.

Personalized, face-to-face LSAT prep with one of the best LSAT instructors around.

One-on-one training with one of Blueprint’s rockstar LSAT instructors.

Schedule a time to speak to an Academic Manager.

Complete this form to be contacted in 24 hours.